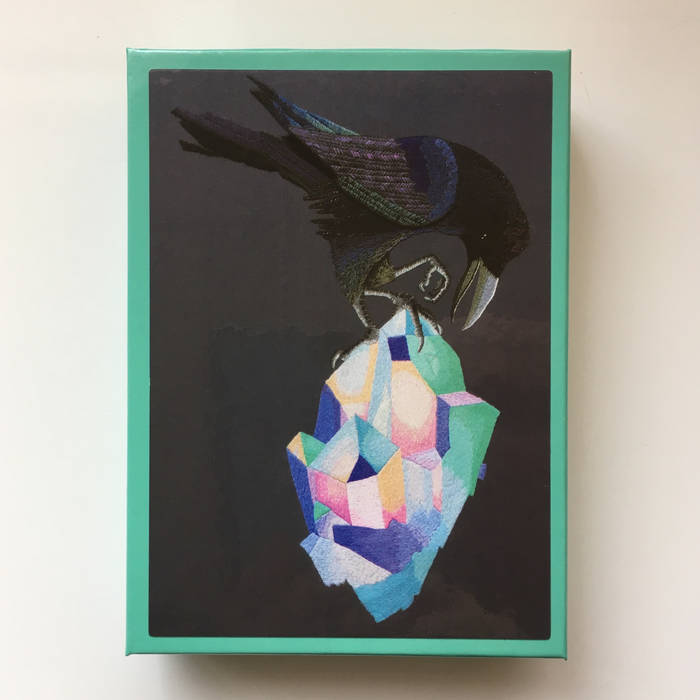 More copies of this are available from the Adventures In Dubbing store, Apothecary Compositions in the US as well as from Graham Dunning's and Embla Quickbeam's bandcamp pages.

As Embla Quickbeam and Graham Dunning we first played music together following an invitation from Lorah Pierre. At her Experimental Sounding Board event we improvised as a duo whilst the audience responded by drawing on contact-miked rolls of paper, thus contributing to the set.

We realised that our sounds and techniques were complementary to each other and had lots of points of intersection, including recording to fourtrack tape as part of the creative process. So we began a tape swap project, exchanging cassettes through the post along with visual paraphernalia, found objects, and bits of art and writing that related to the nature of the sounds we made and recorded. For each exchange we would record a single track to a tape, meaning the finished cassettes had two tracks by each of us.

We were invited to exhibit in a group exhibition called Correspondence at Prestamax House in Brighton. We created a library of our sounds on individual two-minute tapes, and installed them with three cassette player allowing the audience to play back the sounds themselves, swapping and listening to various versions and creating new compositions. We also made a display of a lot of the visual work we had been sending to each other, plus some of the sound-making devices: a kind of ramshackle museum display of bones, collages, polaroids, pages torn from books and other objects. At the opening event Embla Quickbeam played a live set using some of the sounds from the project.

In the final stage of the project, several months and a dozen or so tapes later, we went into the studio and recorded live mixdowns of all the tracks. Dog Tunnel studios has a fully analogue setup: we recorded to live to quarter inch tape and made use of the large, homemade plate reverb at the studio.

Third Kind is a label based in Brighton UK specializing in unique short-run cassettes. The first 3 albums were released on 3 Sept 2013.

Bandcamp Daily  your guide to the world of Bandcamp

Benji B talks about his new compilation ‘Deviation Classics’